This year marks the 75th anniversary of Tasha Tudor's first published book, Pumpkin Moonshine, published in 1938, and still in print and available to this day.

The book, which started out as a story for Tasha's niece, Sylvie Ann, was written by a 23-year-old Tasha Tudor. The charming and classic tale follows a young girl choosing the best pumpkin to create her "pumpkin moonshine" or, in today's vernacular, a "Jack O'Lantern." 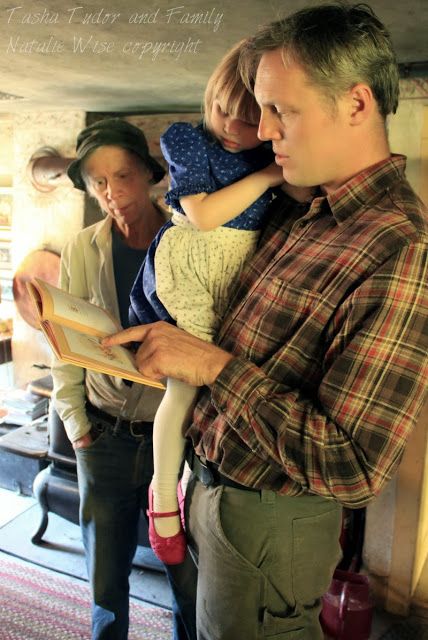 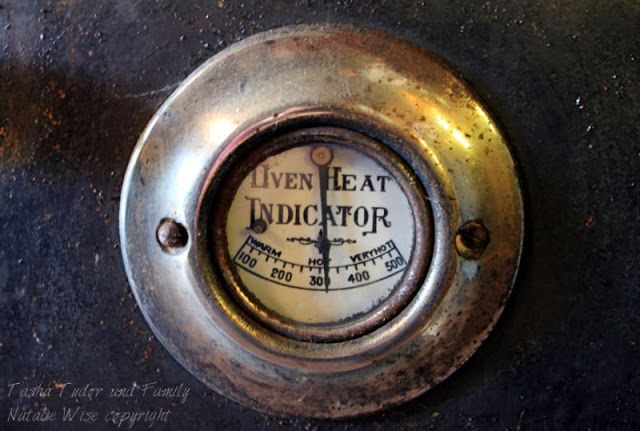 We gathered in a kitchen warmed with good cheer and the heat of a cook stove to bake pumpkin pies and to celebrate the anniversary of the beginning of Tasha's career. A Japanese film crew from NHK and a program entitled, "Gretl's Kitchen", was there to capture the event on film. We have yet to see the final video ourselves, though it has already aired several times in Japan. 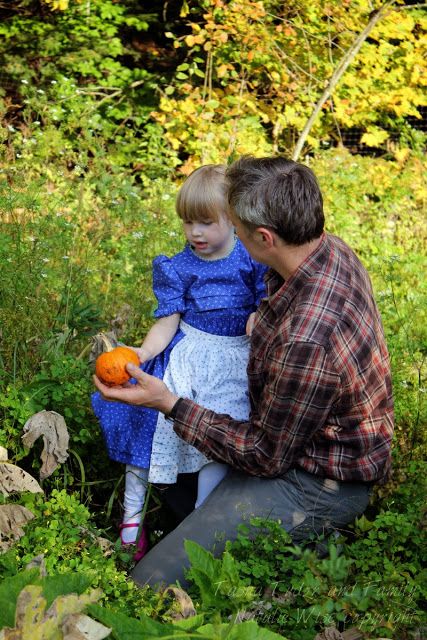 Winslow and Ellie choosing pumpkins in the pumpkin field, following in Sylvie Ann’s footsteps. Only these small pumpkins are pie pumpkins, destined for the tea table rather than pumpkin moonshines. 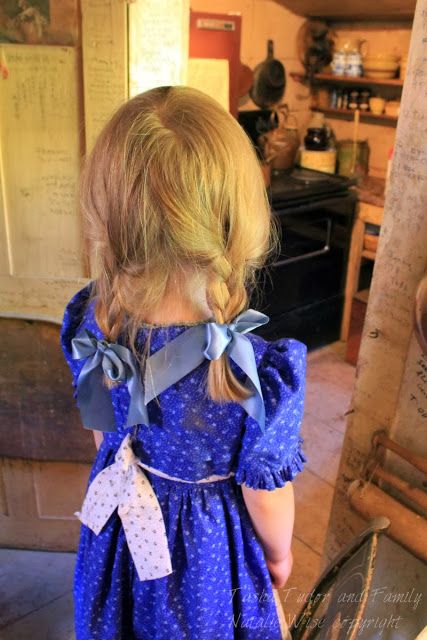 Ellie's darling dress and apron were handmade by Nana Marjorie Tudor to recreate Sylvie Ann's dress in Pumpkin Moonshine. Of course, braids are topped  by blue satin ribbons as Ellie surveys the progress of the baking pumpkins. 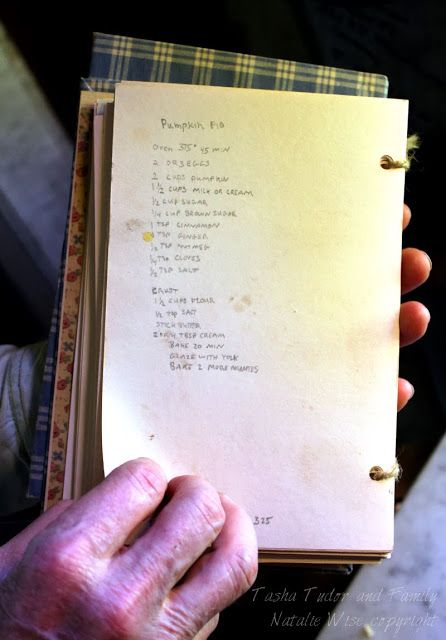 Seth Tudor holds Tasha Tudor's Pumpkin Pie recipe. This is a real, old-fashioned style pie, made with real pumpkin grown in the garden, baked in the cast iron skillet, and mashed by hand. The eggs are from the family chickens, the pie crust rolled out on Tasha's well-used and well-loved marble-top baking cabinet. 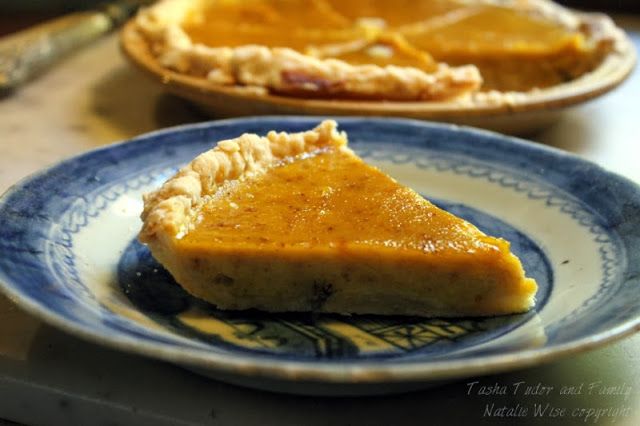 A slice of the finished pie on Tasha's antique blue canton china.
What a sweet reward for an afternoon's work, a treasured tradition that combines the best of family farm life in Vermont: three generations meeting in a garden, then a kitchen, and finally, around a tea table as the sun begins to hide low in the mountains.
Reading Tasha Tudor's Pumpkin Moonshine is an equally treasured tradition beloved by generations.
Over Tasha's 70-year career, she wrote and illustrated nearly 100 books, all because of a small gift for her young niece. Sylvie Ann, we thank you for sharing your story with us.