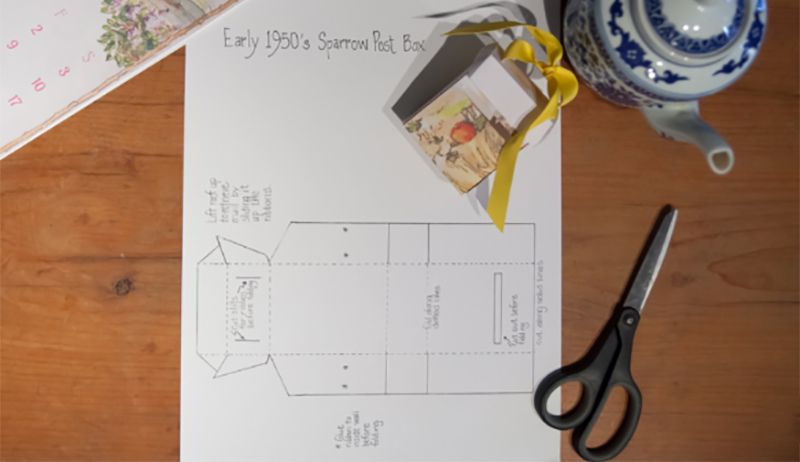 We're happy to announce that you can now download Sparrow Post templates here and use them on any of your favorite papers, magazines or in any way you can imagine (personal use only please).  Looking for inspiration and instructions? Check our Sparrow Post DIY / craft article from last December.

A Birthday for Tasha Tudor 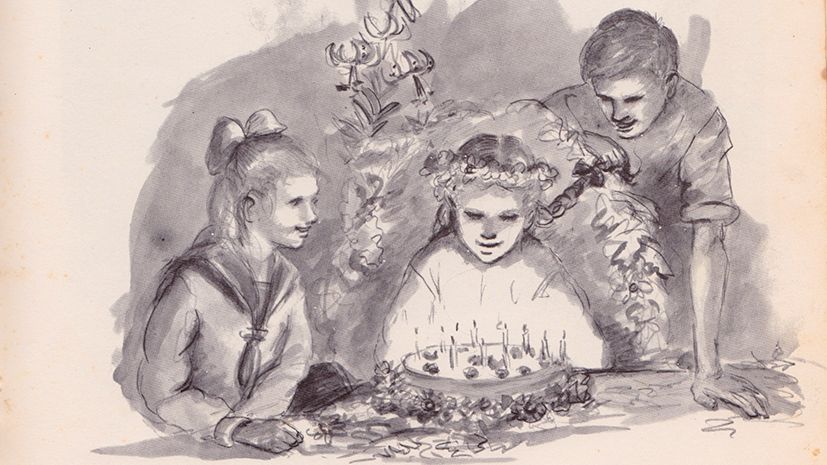 We’re delighted to share a Tasha Tudor Day celebration written by Emily Zahasky of Life at Blueberry Barn.  Emily took the idea of celebrating Tasha and made it into something that she could manage in her own way and time.  On the 102nd anniversary of Tasha’s birth join us in celebrating her birthday in a way that resonates with you. 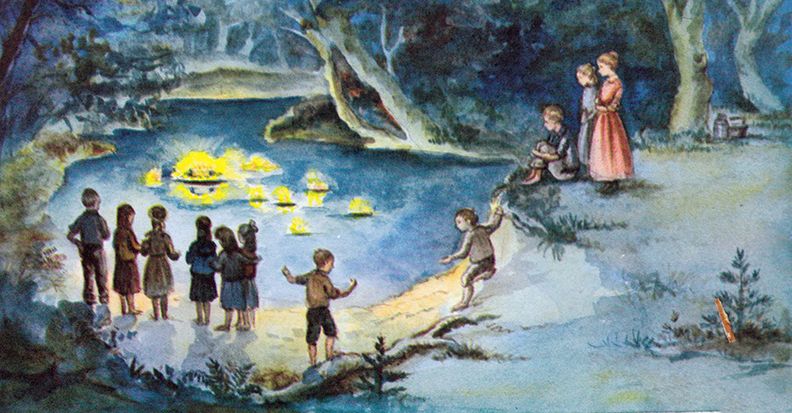 In honor of Tasha's birthday, we thought it would be a wonderful time to share her favorite birthday cake recipe! You can find this recipe in the highly covetable Tasha Tudor Cookbook (currently out-of-print). In it, Tasha says, "This receipt has been the family birthday cake for as long as I can remember. For many of my daughter Bethany's birthday parties we placed the cake on a wood-shingle raft, surrounded it with flowers, and floated it down our stream. We also had a shingle raft and a candle for each child's sandwich. We positioned the guests downstream, and when the right moment came we would light the candles and send the cake and its flotilla of shingle boats out into the stream. It was dark by then, so you can imagine the surprise of the guests at the sudden appearance of this fairy convoy. Once, the cake took off into a faster current and my son Seth had to wade in to rescue it."

As Tasha Tudor's birthday of August 28th approaches, we are talking and dreaming about how we will celebrate this year.  In 2008, Clarice Fox-Hughes annointed August 28th as Tasha Tudor Day saying “Really I would love if the whole world would stop and remember her. This could simply be sitting in your garden with a cup of tea, reading her books, doing a sketch or just stopping and smelling the roses. Let us all on Tasha Tudor's birthday remember her and all she has inspired us to live.”

Thanks to the overwhelmingly positive response to our 2017 calendar, we’re excited to release our all new, limited edition 2018 Wall Art Calendar! This year, we endeavored to include a range of popular and lesser-known illustrations by Tasha Tudor for you to add to your collection.