At Tasha's home in Vermont, there are three wheelbarrows. One is small, red, and modern with a pneumatic tire and metal tub. She used this one little, later in life. 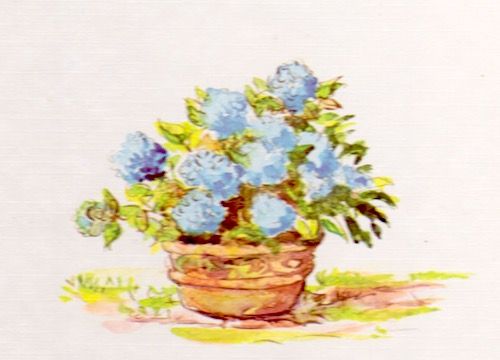 The other two are old with flat wooden trays, spoked wheels banded in iron, and straight sides. These she used a lot. One is green, the other red. The green was her favorite - well, she really liked both.

On a regular gardening day, one would be parked nearby piled with weeds. The other holding a cargo of newly acquired plants. The flat platform, Tasha said, appealed to her, as did the ease of pushing them. The large front wheel rolled over and through the terrain.

Tasha always put the wheelbarrows undercover, so they did not get rained on. If you saw one of the wheelbarrows outside, Tasha was not far away. These wheelbarrows can be seen in many of her illustrations, as well as in photos taken of her in the garden. 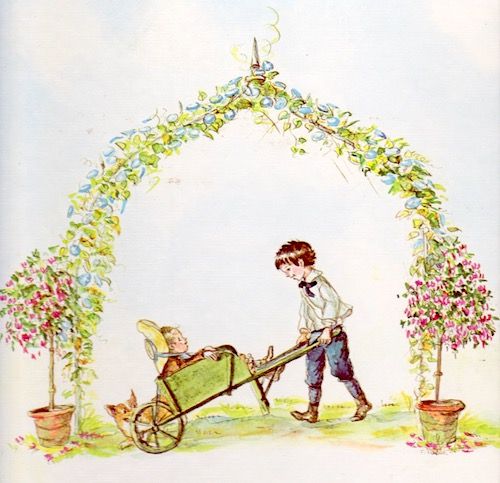 Tasha’s bay tree is a precious family treasure. Tasha’s grandson Winslow has been moving bay out to the herb circle every spring and back to the safety of the greenhouse every fall for the past twenty years. 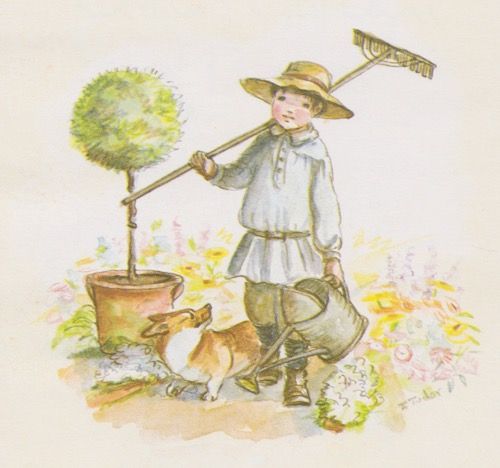 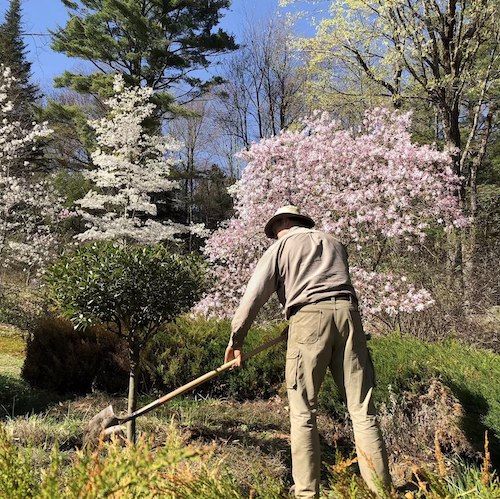 Sometimes the spring weather stays above freezing and bay tree can go out earlier in the season. However, we must keep a careful eye on the temperature and cover bay with a blanket to keep the frost off should cold temps loom. Some years, like this one, bay goes out a little later in early June. We look for a spell of cloudy days for bay isn't used to bright sunlight after being under glass and sometimes a canopy of roses and can be sunburned. Should the sun surprise us, we use a light blanket to safeguard the tender leaves.

Many of you have watched the Take Joy documentary that aired on PBS in the 1990s and is now available on Amazon Prime. Bay tree makes an appearance and Tasha tells the story of starting 'him' from a slip. Every spring, after Winslow planted bay outside, Tasha would use large hedge clippers and give him a haircut, keeping his topiary shape. She collected the trimmings, dried them and saved them for use in winter soups.

When fall arrives, we leave bay outside as long as possible before the frosts return and Winslow carries the old soul back into the greenhouse to wait out the winter.

"The world is so full of a number of things,

I'm sure we should all be as happy as kings."

Illustrations and verse from A Child's Garden of Verses