On a cool autumn day you might find the Tudor family gathered outside around a large cauldron, the sweet honeyed smell of beeswax in the air. Winslow Tudor leads the candle dipping, having learned the art from his grandmother, Tasha Tudor. Winslow's daughters, Ellie, 7, and Katie, 3 are quite as involved in the process as the adults.  It warms the heart to see the Tudor family gathered together, carrying on the tradition of making candles that will bring light to the family during afternoon tea, on holidays and during the dark nights of winter.

For Tasha Tudor, making homemade candles every autumn was simply part of the regular rhythm of life. In the early 20th century, when Tasha was a young girl, few people had electricity so candles were an essential source of light. And though electricity became much more widely available as Tasha grew up, she never lost her love of beeswax candles. Indeed, she lived many years of her life without electricity at all, even when it was very common in homes. When she did have electricity, candles were still essential during power outages, which happened quite frequently and could last for quite some time. For Tasha, candles were appreciated as tools for survival as much as for the beauty and atmosphere they created in her home. 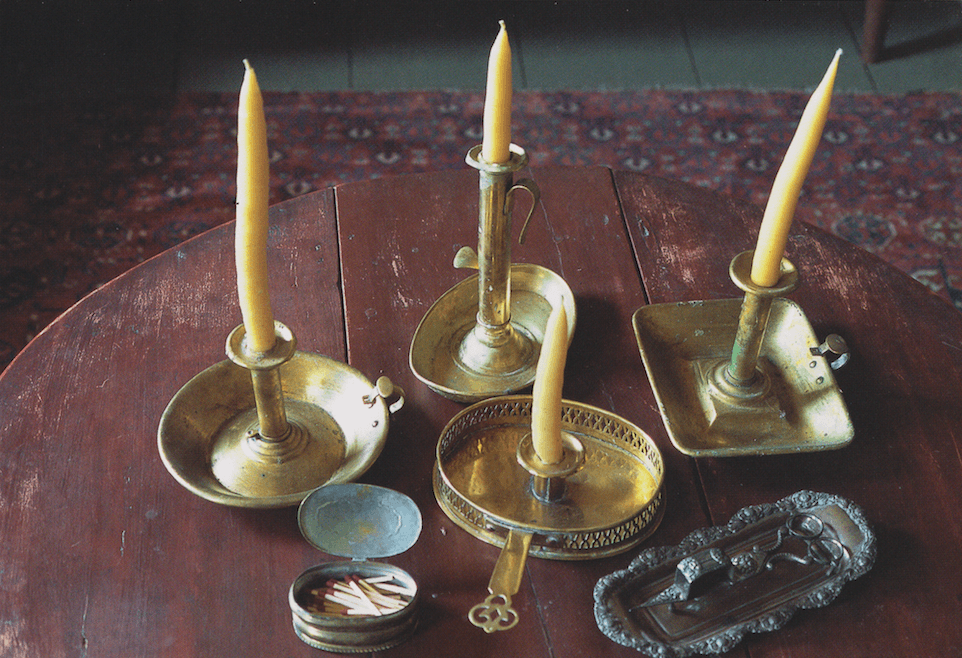 Tasha used beeswax candles exclusively and always had a store of them in what she called her Hen Pantry. She would acquire her wax from acquaintances that kept bees. Tasha was very frugal, so never worried herself with buying the most purified wax on the market. Instead, she would find the cheapest wax available, melt it down, and skim off the dead bees and other debris that would rise to the surface of the cauldron. Once the wax had been cleaned thusly, it was ready to be made into candles. 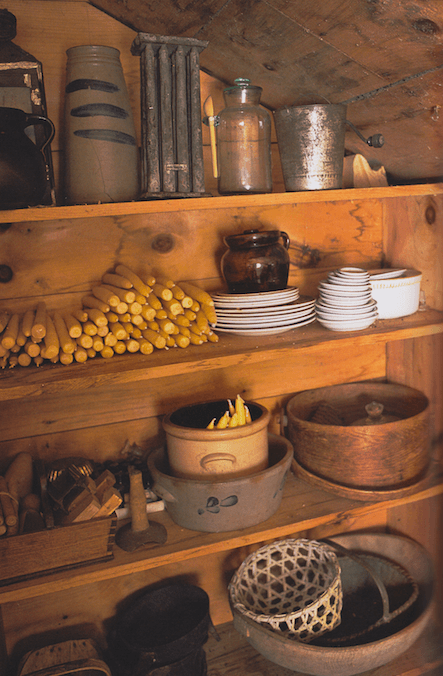 Tasha's family continues her tradition of candle dipping and their methods have changed very little in the many years that they have gathered for this occasion. But it is not only the techniques that bear Tasha's mark on the festivities. Her spirit is also very much a part of the proceedings and the family often can be heard reminiscing of past years candle-dipping with Tasha.

Of his memories of candle dipping, Winslow says, "I overwhelmingly remember my grandmother’s presence throughout all of this. She had this remarkable personality and joy for life. And everything she did was a very enjoyable prospect because she liked it! And like everything she did, she made sort of a production out of it. She'd invite friends and it would be a bit of a party." 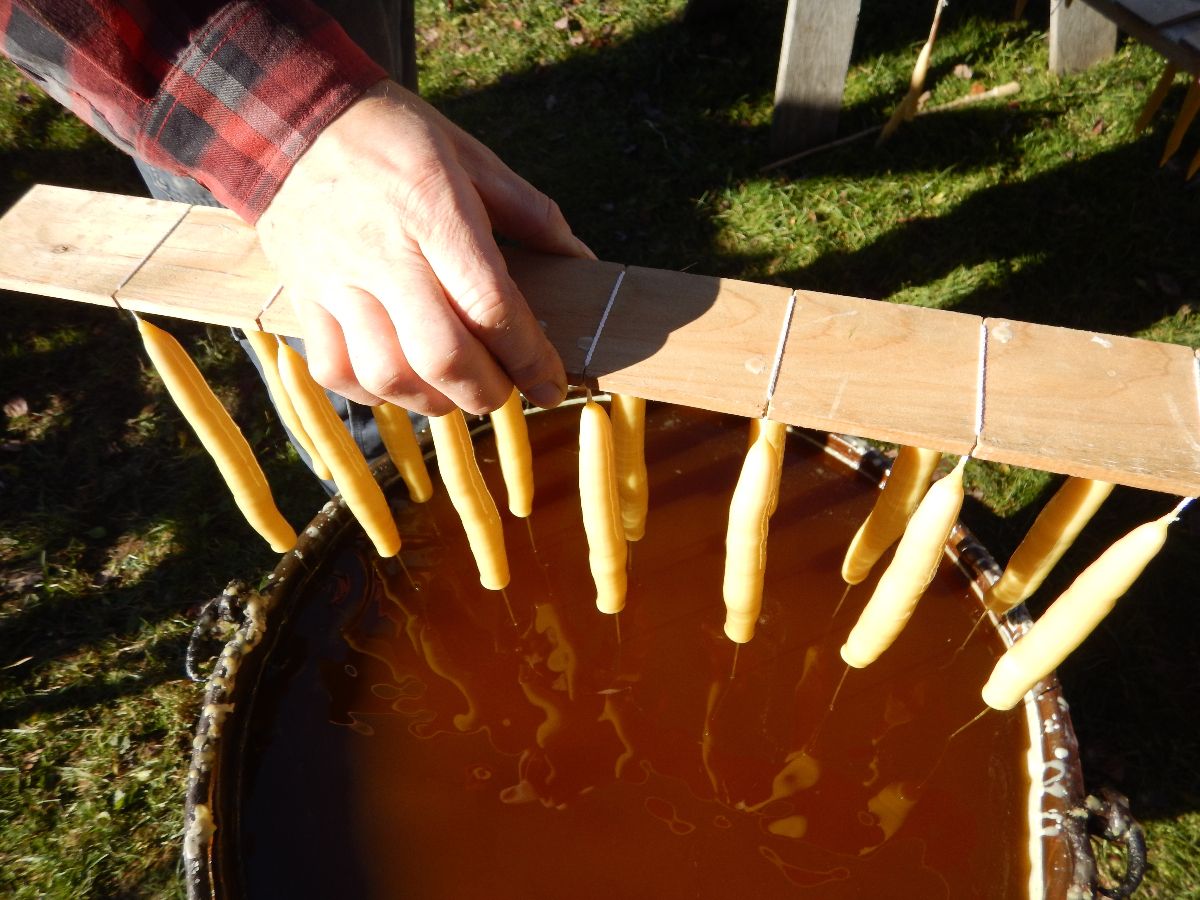 It is important to make the year's supply of candles on a day that is cool. If the weather is too cold, the layers of wax form ridges as they harden. Too warm and each layer of wax takes too long to cool.  If the day warms up more than expected, wasps are attracted to the candle-dipping site by the smell of the melted beeswax, another reason cooler weather is preferred!  The wind, or even a light breeze makes straight candles an impossibility.

Winslow says, "Tasha traditionally would dip candles just behind her house. There's a little flat area and she had an iron tripod with a big kettle that fit into it and she would heat the whole contraption with wood. Then she'd fill up this giant cauldron with the hot water--the cauldron was probably about 30 inches across, I'd say-- and she’d fill it about half way up with water and float the wax on top of it. Once everything was at the right temperature she would navigate the temperature by moving the coals from the fire closer to or away from the cauldron. If its too hot the wax will run down the candles as you pull them out of the wax and it causes ripples. If it's too cool the wax gets clumpy. I think the right temperature is about 160 degrees for beeswax. 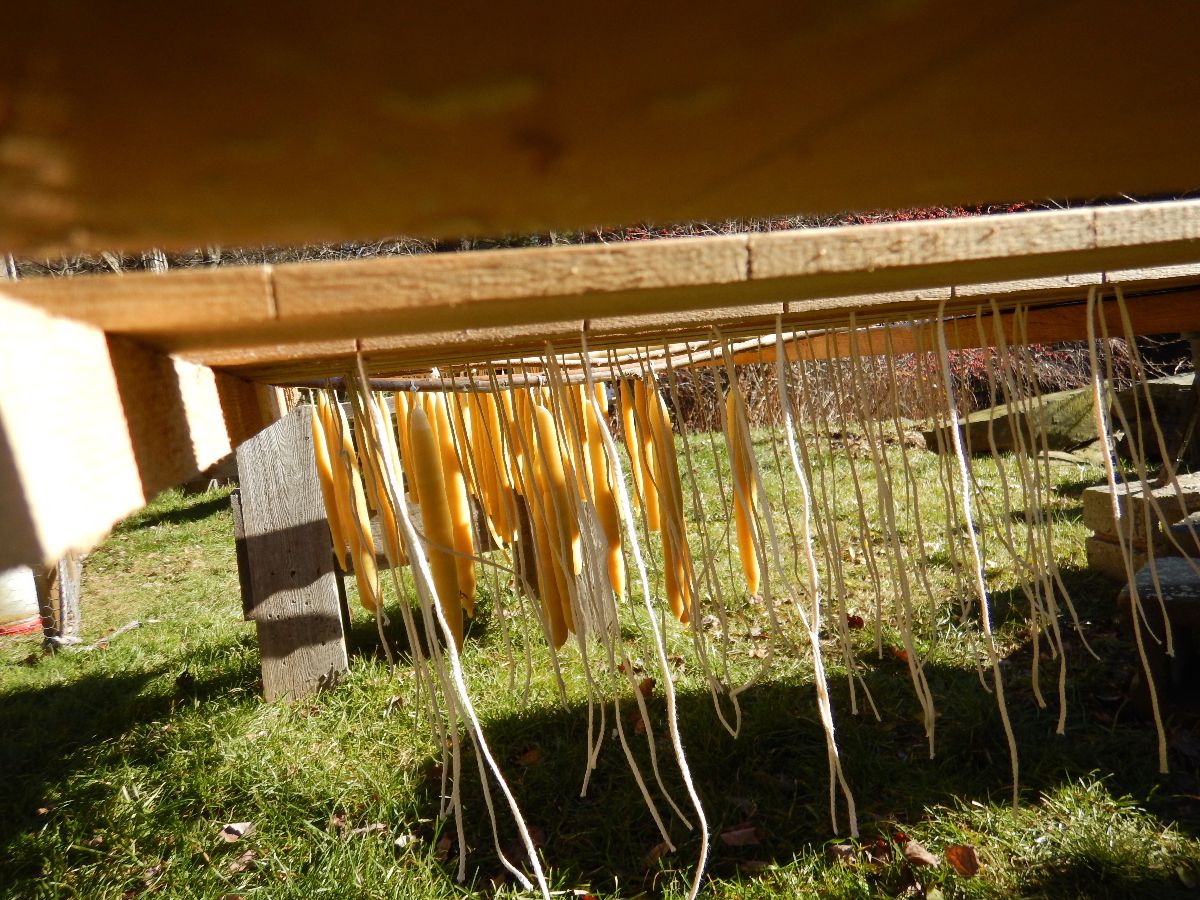 Wicks with no wax wait their turn in front of nearly finished candles.

We used to use a thermometer to regulate the temperature but the kettle we boil the water in has such a large mass that we don't need to fuss very much. Once everything is heated up you can take almost all of the heat away from the kettle and it stays hot for a long time. If you have the water at the right temperature then it goes quickly because each successive layer of wax builds up quicker. 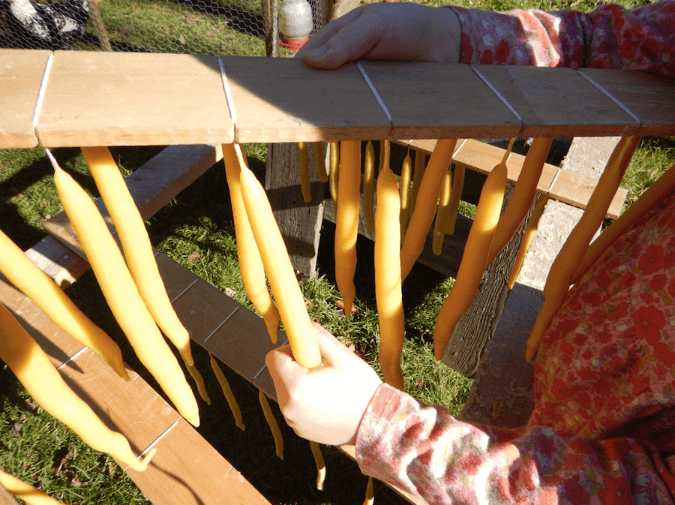 Ellie Tudor testing the temperature to see if the candles are ready for another dip.

You have to keep adding water to the cauldron to keep the wax at the top. It has to be very hot water.  Wax, being lighter, always floats on top. You have to pour the water in slowly and stir it to keep it from bubbling up. You can dip candles with even just a 16th of an inch of wax on top. So part of the wick goes down below the layer of wax into the water and then when you pull the wick up it grabs wax, building layers. I’ve been able to dip candles and pull just about all the wax from the surface of the water." 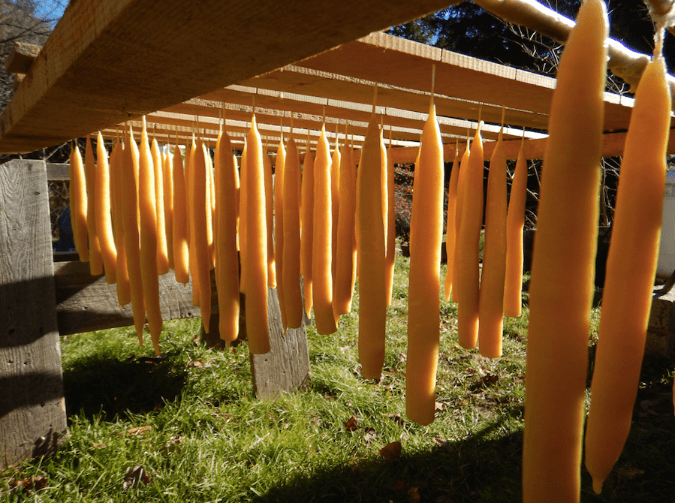 Winslow has been making candles with his family for as long as he can remember and his own daughters have grown up with the tradition too. Ellie, Winslow's eldest, has been helping to dip candles since she was about 3, the age that his youngest daughter, Katie, is now. They're already quite good at it! 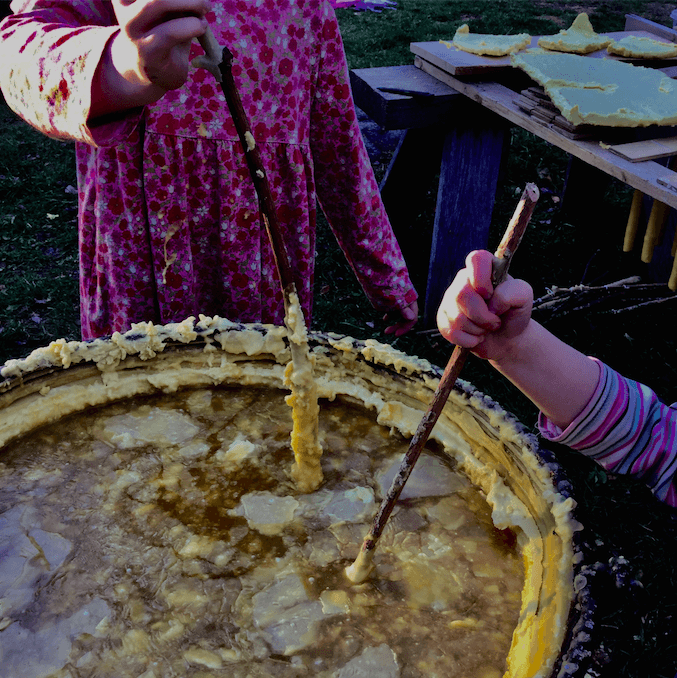 The sun sets as Ellie and Katie Tudor play with the leftover wax in their great-grandmother's cauldron.

Each year the family typically makes a few hundred candles. After seasoning for 4-6 weeks, they are then stored to use in the coming months. They also make a small batch for you to purchase and use in your own homes! This batch will be released today and is very limited! 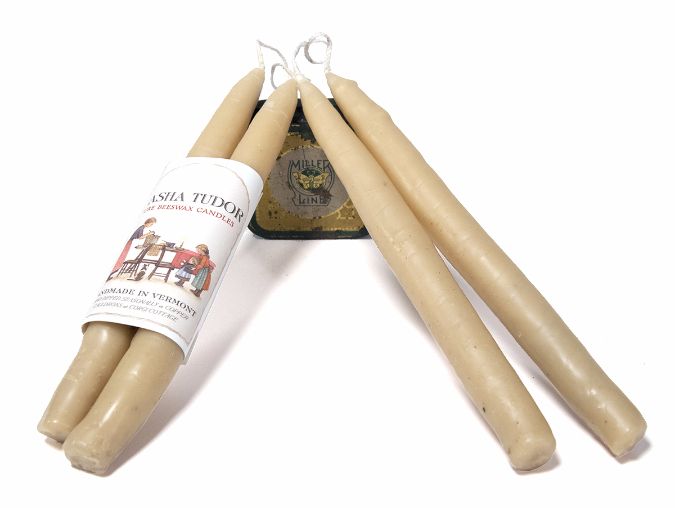 These candles not only lend light and beauty to your home, they also carry with them a beautiful story of family, tradition, and the distinct spirit of being made by hand with love and attention.