In 1999, Tasha and her daughter-in-law Marjorie, were having tea and Marjorie suggested that we start a family business to sell Tasha's books, prints and cards. After some discussion, Tasha settled upon the name "Tasha Tudor and Family."

Shortly after, Tasha, her son Seth, his wife Marjorie, their son Winslow and his then-girlfriend/now-wife Amy, all met at the bank and took up quite a few chairs in front of one small customer service desk to open a business checking account. 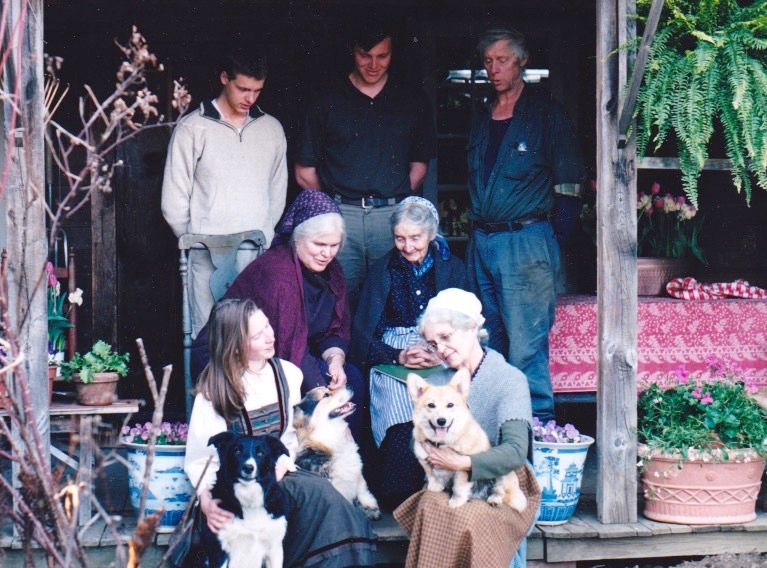 Tasha painted six new paintings for us to debut as our new offerings. eBay was just beginning and we sold these prints as well as those left over from the Corgi Cottage inventory. Tasha remarqued many of these early prints.

We used an off-the-shelf website program to build our first website, publishing it from the one room in Seth and Marjorie's house we'd designated as our office. Soon after, we moved our operations, still one room's worth, to the Rookery, which Tasha had been using as a guest house.

We brought items to craft shows, garden shows and the like, traveling around New England and meeting many wonderful fans in person. 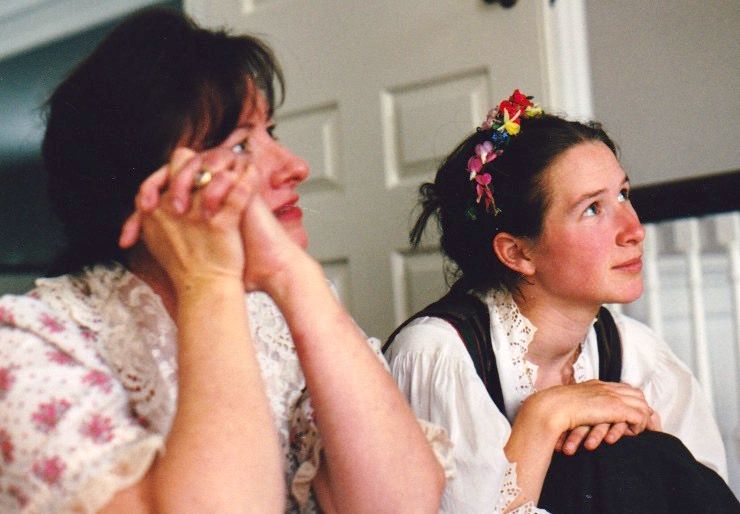 ABOVE: Organizer Lisa and Amy after Tasha's Francestown NH talk.

Circa 2003, Seth and Marjorie's daughter Jen designed a series of day-long events with crafts like candle-dipping, cider pressing, St. Nicholas Tea and more.

In 2005 Amy developed the idea of The Secret Gardens of Tasha Tudor and Family Tours. The tours spent three hours in an immersive experience, walking through family gardens and the forests that separate them, before ending at Tasha's garden which ended in a personal appearance from Tasha.  Operating now for fourteen years, these tours have evolved and focus solely on Tasha's home, touring both inside and out. 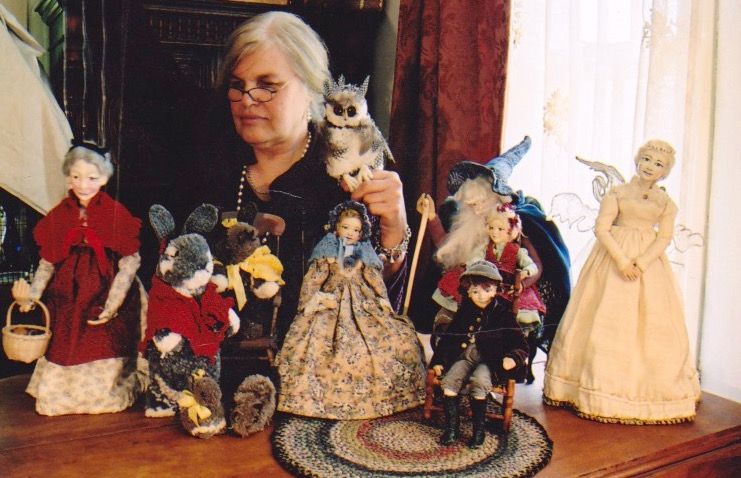 ABOVE: Tasha first taught Marjorie how to make dolls when her children were small. Here, she shows many of the dolls of her own making in the family collection. 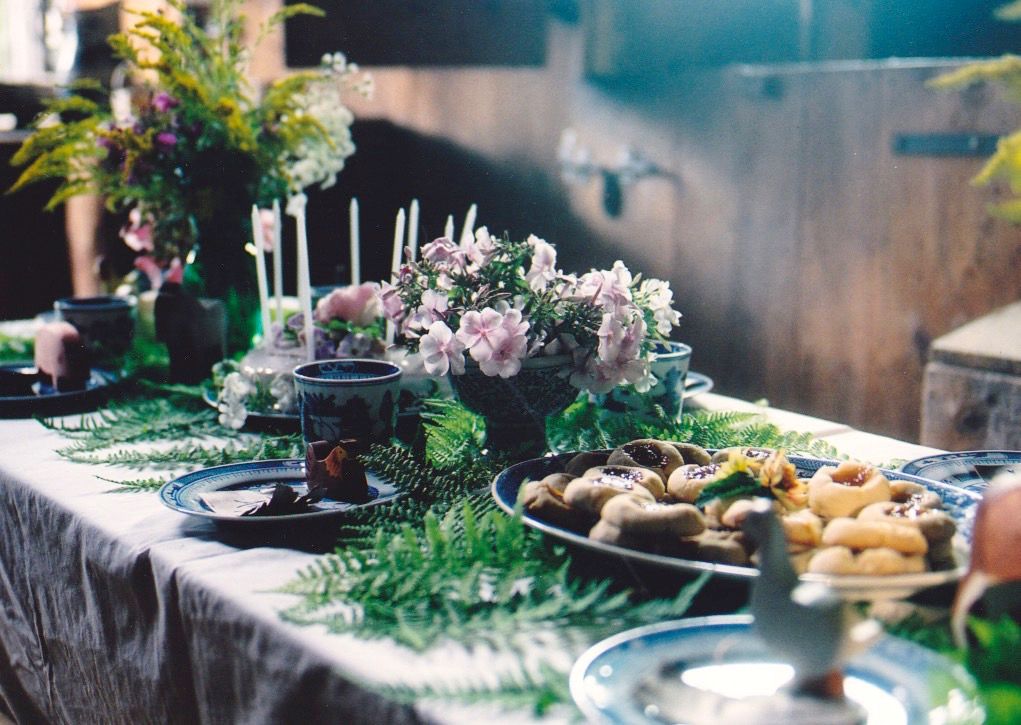 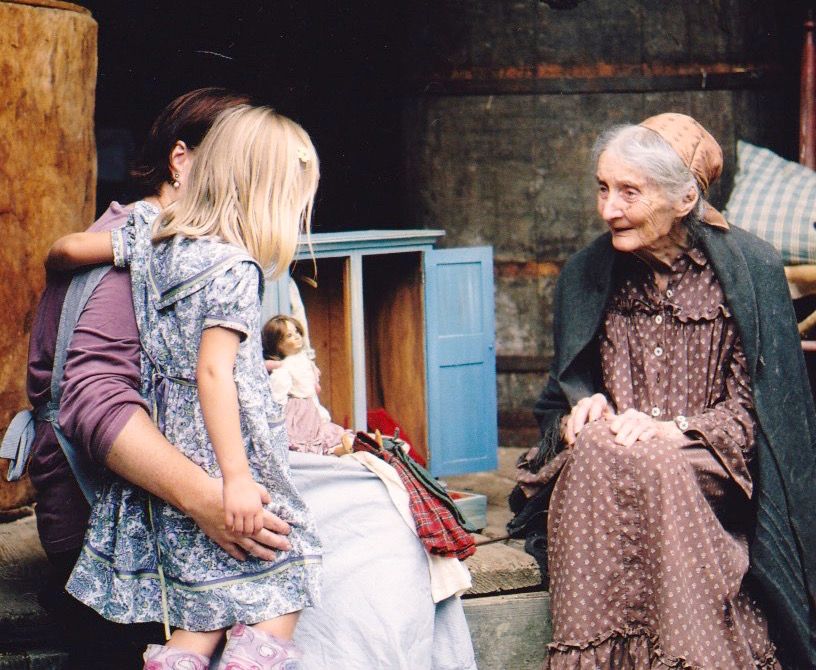 ABOVE: Jen and daughter Hannah holding Daisybelle, the doll Tasha made for Jen on the occasion of her 10th birthday. Taken during filming for a Japanese NHK documentary circa 2006.

Time continued on, we felt the 2008 recession, Tasha passed away later that summer and babies arrived on the scene.

The family business continued to add directions and the largest shift happened when it became solely responsible for stewarding both Tasha's homestead and her tremendous legacy. 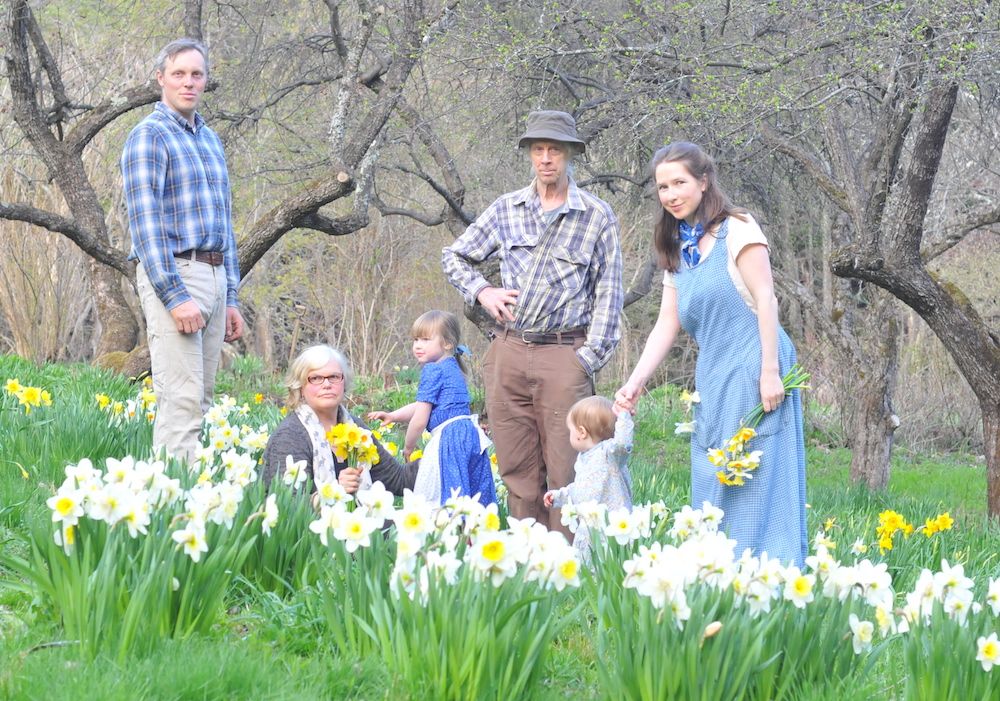 Over twenty years, our family has been able to connect with so many of you who tell us what Tasha's life meant to you and your families. We stay small on purpose - built out of a desire to shepherd Tasha's legacy while living a quiet life at the same time. Tasha often repeated that she "had the nicest fans." After twenty years of working with you, we completely agree. Thank you for walking this path with us. 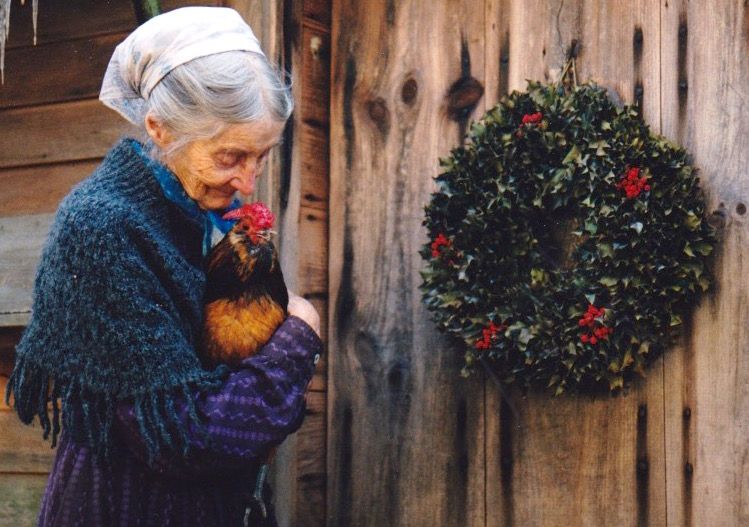