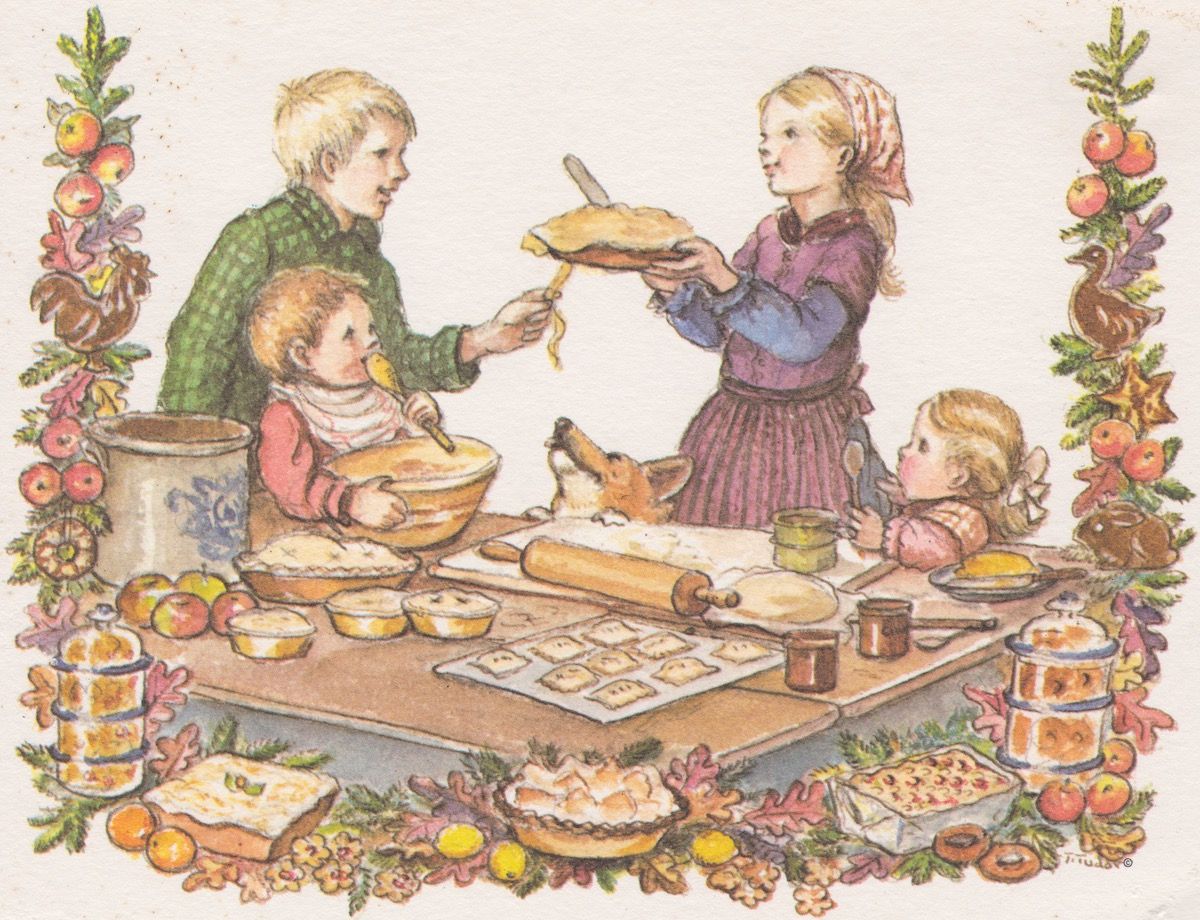 A Process, but Satisfying

During the 1920s, Tasha participated in outdoor tea parties beneath an old apple tree in Connecticut. Many decades later, she tried to get a cutting from that tree to plant in her garden in Vermont. Upon inquiry she learned that the tree was gone, and had been gone since the hurricane of 1938. Nevertheless, she remembered the characteristics of the apples the tree bore and in time discovered the cultivar, and soon thereafter obtained a sapling. She planted it below and southwest of her front porch. It stands on the edge of the lawn beside the expanse of daffodils that in early spring turn the flattened winter grass into a sea of fragrant yellow. The tree now produces late summer apples excellent for pies.

Mix flour and salt. Dump in shortening and cut in until size of peas. Sprinkle with water. Gather together. Press into ball. Makes two 9 inch crusts. Glaze pie crust with egg yolk and bake 10 minutes at 475 F before adding filling.

Peel and core apples and slice ¼ inch thick. Mix in cinnamon, sugar and salt and let sit about ten minutes. Pour into pie crust and press down on apples with a spoon or hand to settle the mixture. Add top crust, slash several times with knife, and bake at 425 F for 20 minutes, lower oven to 350 F for 30 minutes. Tasha tried not to over bake apple pies. If the sliced apples retain some texture, the pie seems to taste even better. 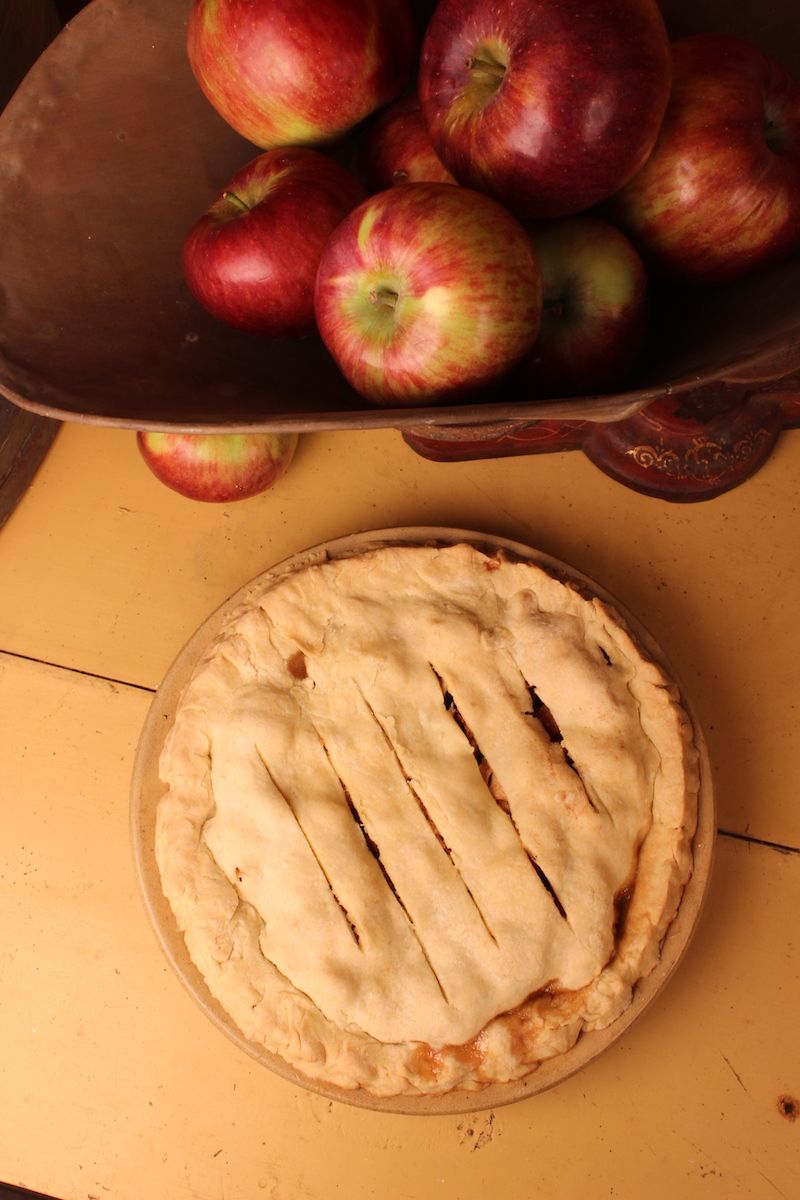 This receipt is available in the Tasha Tudor Family Cookbook by Winslow Tudor. 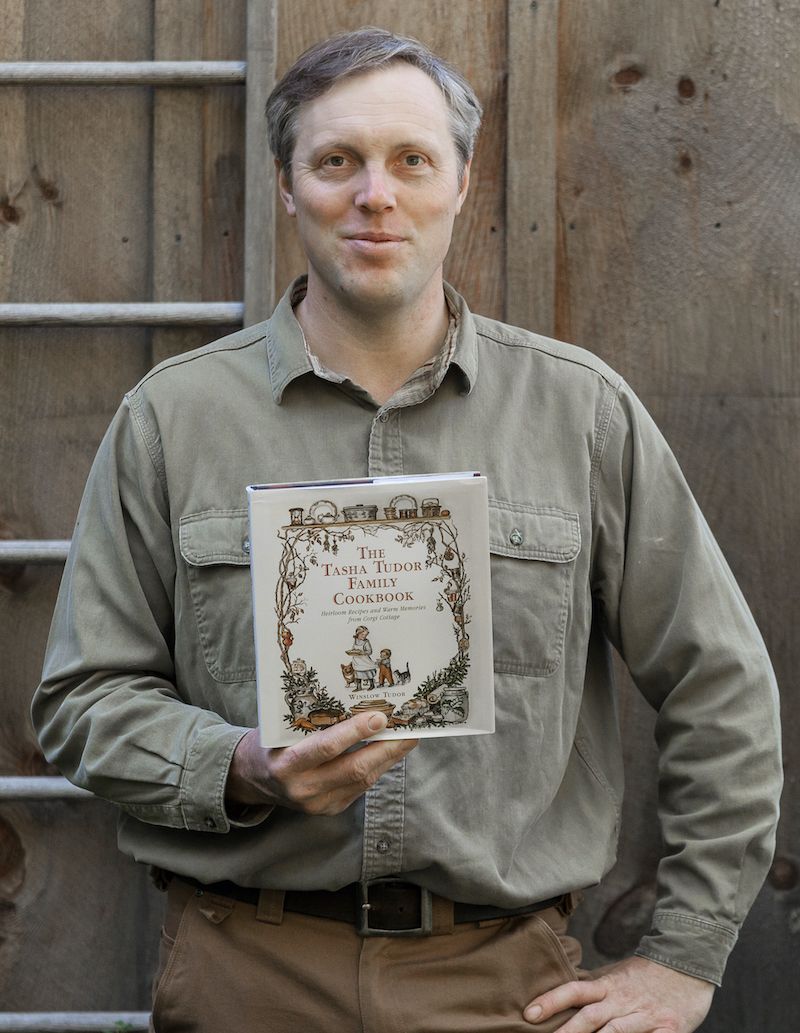