A short distance beyond the stone terrace in front of Tasha’s house where the land tilts south and the jewelweed and nettle possess the ground between lawn and woods, a population of creatures surprising in variety has taken up residence. A doe and her fawn wait out the heat of the day in the shade where the moss grows, along with several porcupines. The porcupines make their appearance at dusk, generally near the crown of the pear trees where the leaves are especially to their liking, or else in the raspberry patch where this year’s canes are on the menu. It is harder to keep porcupines out of a garden than deer. 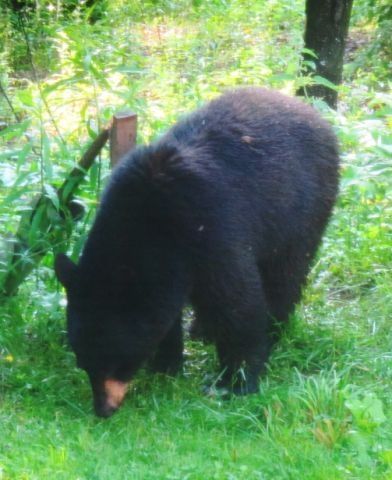 There are also two yearling black bears in the area that seem to be exploring the green world to see where they belong. They were most recently seen snuffling around just outside the screen window looking for hen eggs, as the chickens occasionally scorn their nest box in favor of a more discrete location to start a clutch. Years ago a bear dug up several water lilies in Tasha’s pond. It left behind, as evidence, substantial paw prints in the mud, and the sight of them reminded Tasha of a brief incident from her youth while camping with her family. One morning, she said, while sitting in her tent sketching the view afforded by the open flaps, a black bear unexpectedly stuck its head inside and looked at her. As there was only one exit and it was blocked, she stared back, and the bear left. 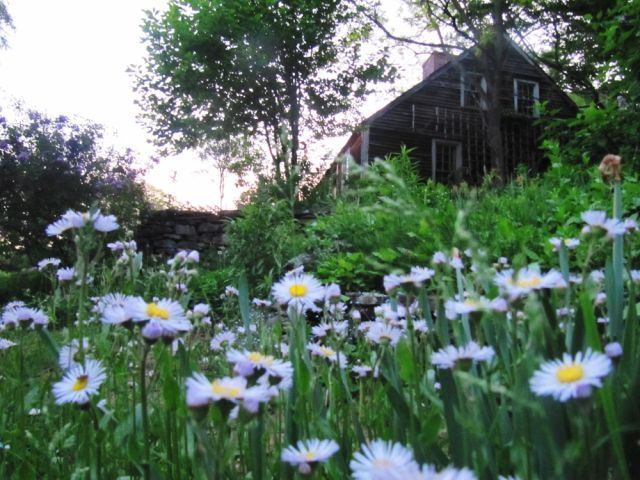 This year’s persistent early summer downpours have given way to blue skies and the hot days of July. Much of the growth in the gardens is no longer a study in shades of green with delicate pastel flowers, and is more a straight-forward progression of sturdy climbing roses,  reliable white daisies and yellow swaths of black-eyed Susan’s. The lawns require less mowing, and even the weeds are mildly subdued, though no less canny. The rush of spring has passed, and now, at last, summer has arrived. 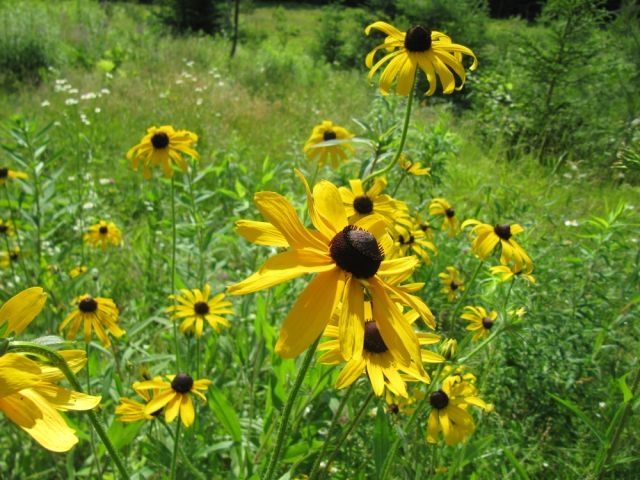 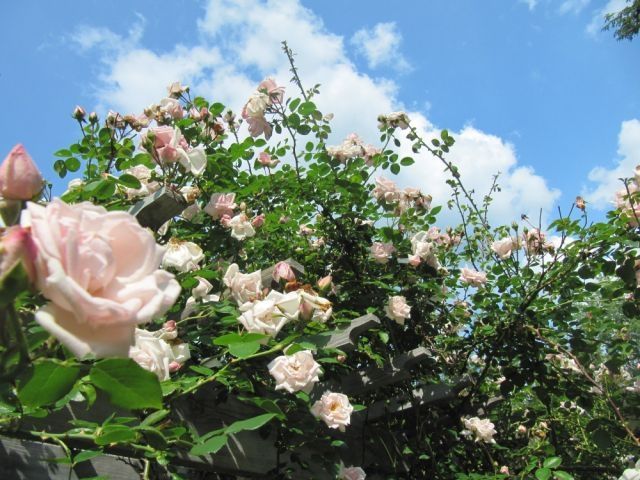