A hot, humid, sunny, windless July day invariably brought an extra degree of happiness to Tasha, especially if she was gardening. By July the perfection of a June garden has mellowed into a green and pastel sprawl of perennials and annuals, some still in bloom but also preparing fruits and seeds. 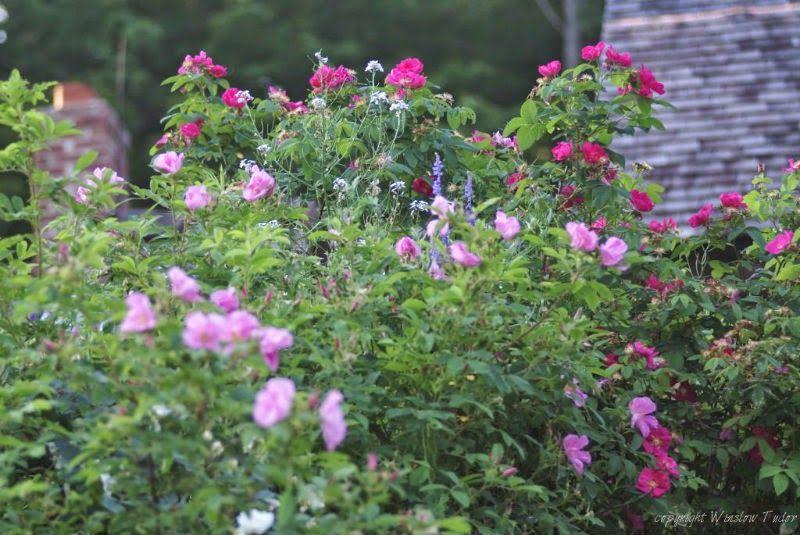 While the growing process of a garden at this stage is more subtle, it is no less gradual. Tasha pulled witch grass, goldenrod, chickweed and other garden invaders, as well as jewel weed, though not her special yellow bloosomed variety behind the house. Many of these weeds appeared vigorously after a heavy and sustained rain. She piled weeds on the grass paths throughout the day. 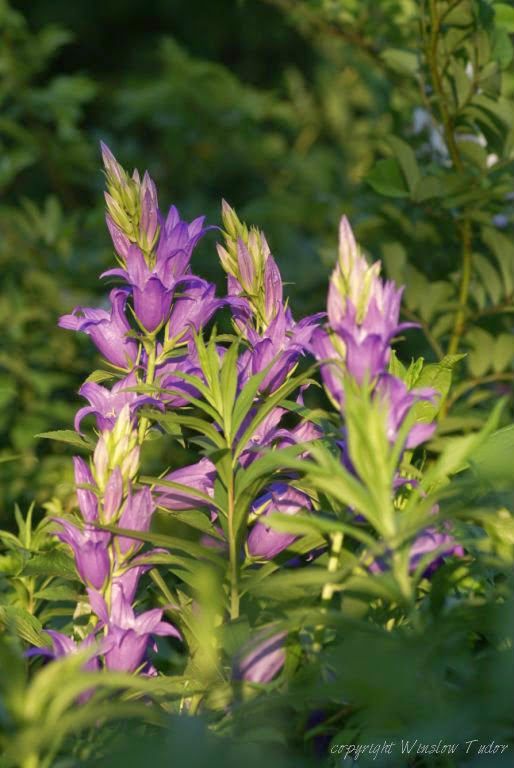 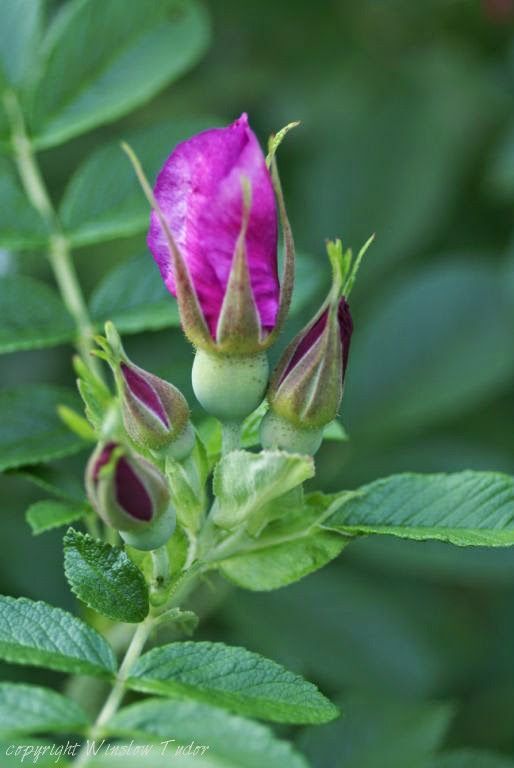 In the afternoon she served tea, and from her old oak rocking chair on the front porch surveyed the pink blossoms of the beauty bush, the sea of roses and their light green leaves and the darker green of the pines to the south. “There is no purer pleasure than gardening,” she would say. After tea she and any visitors would gather the weed piles and deposit them on the compost. Then it was time to start supper. 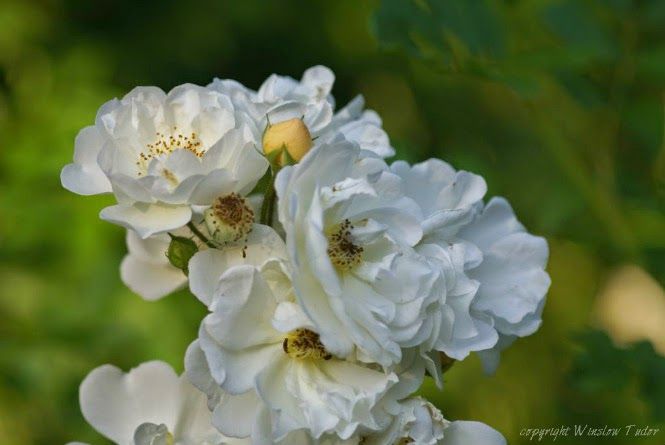 Tasha possessed a quiet fondness for honey bees and Bumble Bees. The latter were her particular favorite, the large, slow, loud buzzing quintessential Bumble Bee. When one was immersed in a particularly compelling flower, she would very gently stroke its soft back with her right forefinger. She could tell the male from female by the ratio of its black and yellow coloration. 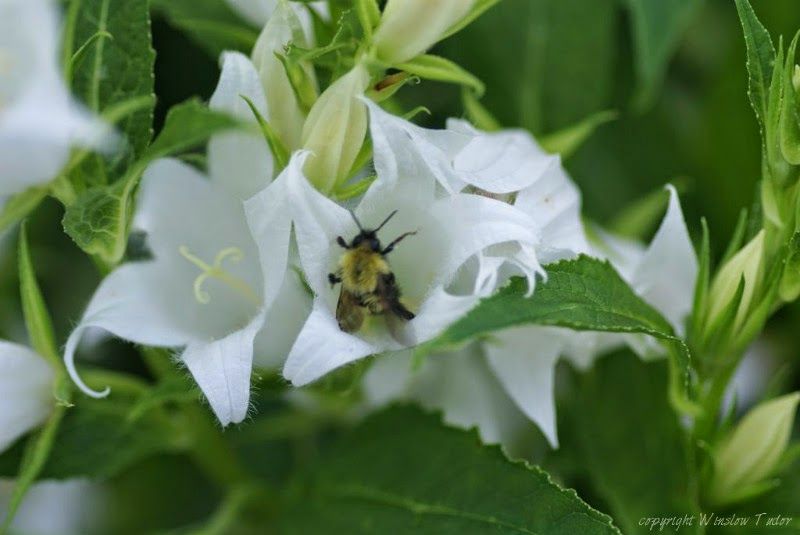 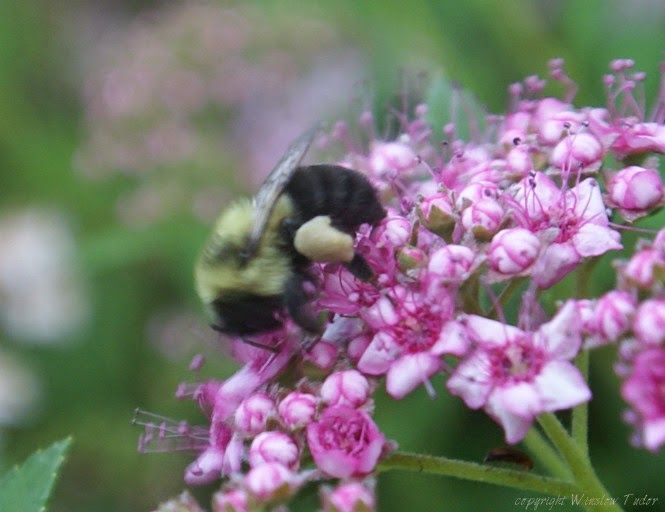 There are still plenty of Bumble Bees in Tasha’s garden; the Golden Northern Bumble Bee, the even larger American Bumble Bee, as well as the smaller Red-tailed Bumble Bee. Curiously enough, they live in her house, specifically, in the ventilation system beneath the roof of the north dormer on the main house. 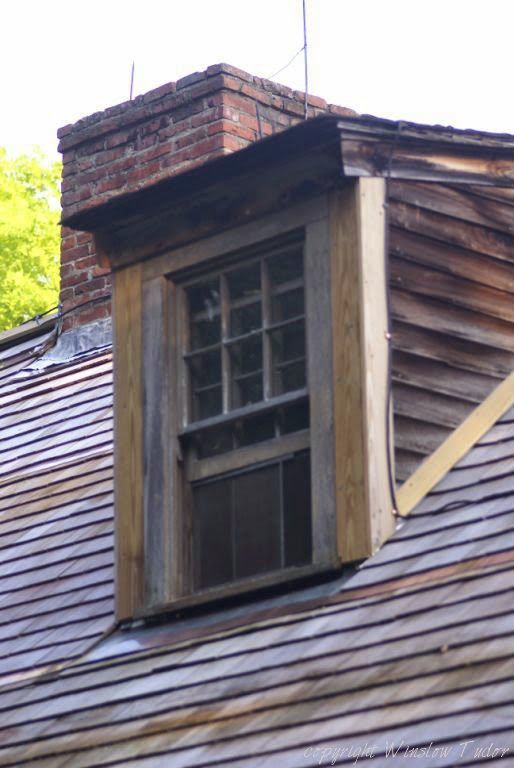 After a section of damaged window trim had been measured, fitted and secured, distressed Bumble Bees began collecting along the top of the new board. Their home, food and baby bees had been sealed off! A half inch hole was bored through the new trim. The bees quickly located it, pushed out the extra wood chips, and carried on. 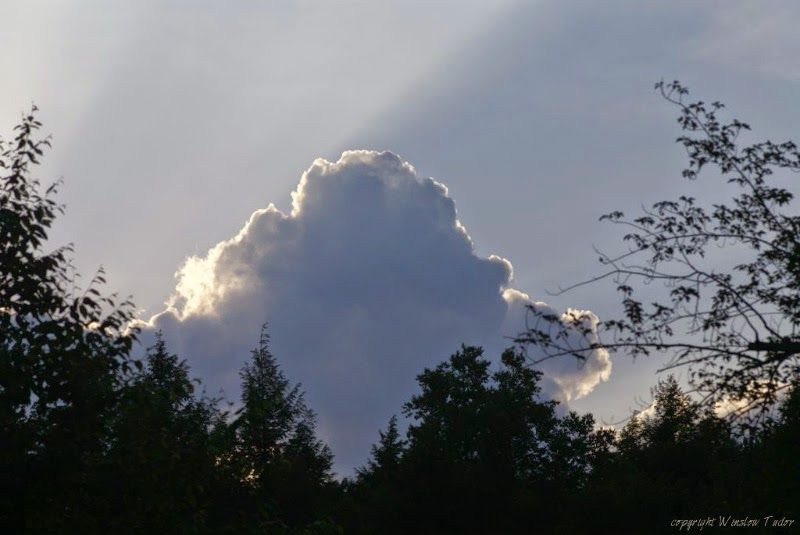 For Tasha the only drawback to a hot, humid, sunny, calm July day was the occasional thunderstorm that evening. She worried her favorite pine tree at the end of the azalea garden woud be struck by lighting, or her house or barn. Through the many decades Tasha lived at her much-loved home in Vermont, however, her concerns never came to pass. After a thunderstorm she liked to quote Mark Twain: “I’ve had a lot of worries in my life, most of which never happened.”