In the fullness of summer, on the longest day of the year, Tasha threw a party. Late June was always peak flower season so at this time of year Tasha invariably heard from friends and admirers requesting a visit to her exquisite garden. Always one for mixing efficiency with pleasure, Tasha decided to host an event every year on the summer Solstice where friends, family, and admirers could come marvel at her vibrant garden while also enjoying live music, dancing, food, and more! 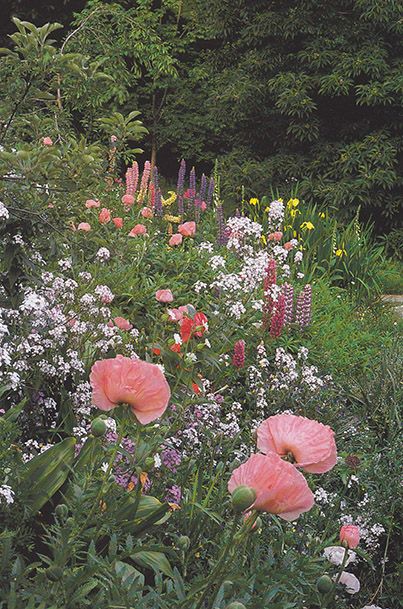 In the book Tasha Tudor’s Garden, Tovah Martin describes Corgi Cottage in June as an, ”impressive blend of the best of lingering spring and a touch of summer.” She goes on, ”The terraces are in full bloom, so filled with every cottage flower in full pomp that you could wander hour after hour down the slender stone steps, around this little jog, under that rose arbor, and between mounds of spilling ground covers without growing bored.”

Winslow Tudor attended these parties as a child and says that what he remembers most about the parties was their central figure--Tasha. “I remember her delight, charisma, energy, and how instrumental she was to putting the occasion in motion. Food was an important element, and good weather. Both seemed present in abundance.” 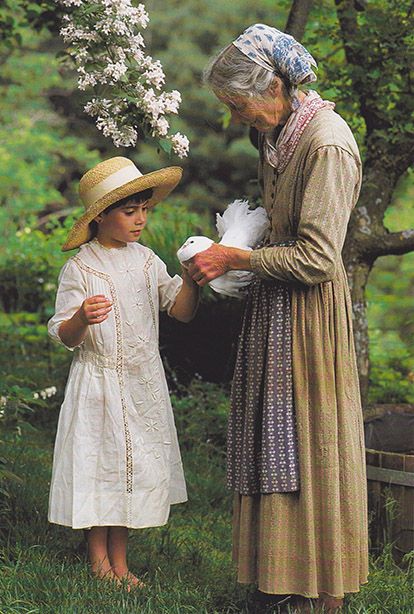 Guests would arrive at Corgi Cottage to the sweet scent of roses and the merry sound of fiddles and laughter. Children and corgyn ran about gleefully, both sneaking treats from the many platters filled with delectable delights such as potato salad, deviled eggs, macaroni and cheese, and, (most coveted of all) brownies, cookies, and cake! Party-goers refreshed themselves with cool glasses of Tasha’s famous Stillwater Punch (find the recipe here!).

Tasha’s home was always decorated with many vases of cut flowers, fresh from the garden, so that indoors it was just as intoxicatingly beautiful as the garden outside! Tasha’s many animal friends--pet canaries, finch, doves, robins, cats--were as lively and engaged as the many human guests. 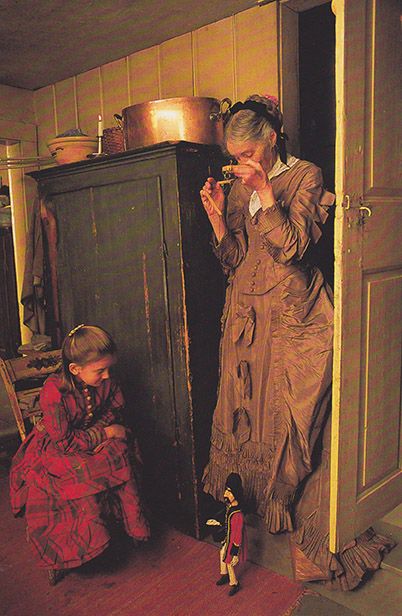 After the marionette show, guests gathered in the barn for traditional American square dancing. This portion of the event went on for many hours and Tasha would dance late into the night. Tovah Martin remembers Tasha boasting, “of how long into the evening she had danced.” She adds seriously,” I have no doubt that she leaves many young fellows weary and winded while she continues her merry prance.” Of course, Tasha would have considered her own sprightliness one of the “untold rewards” of gardening. 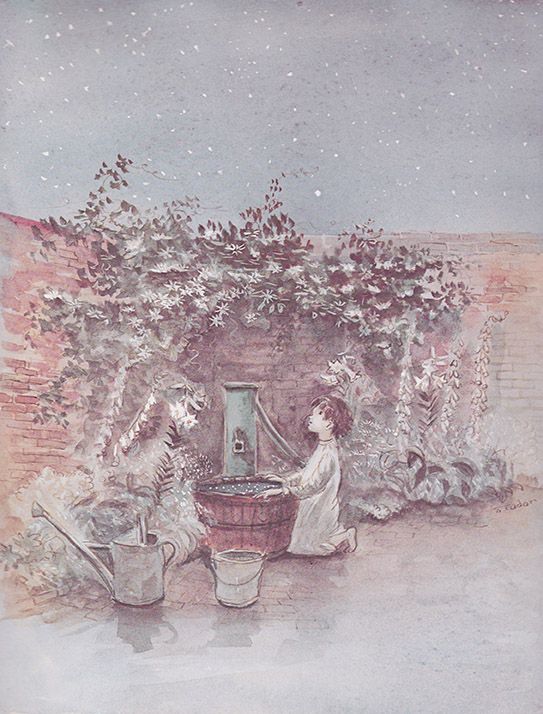 By the time even Tasha tired of dancing, the night would be dark, illuminated only by the light of the summer constellations and a few beeswax candles. Children, protesting that they were “not tired!”, would be lifted into their parents’ arms, determined not to let a yawn escape their mouths. Tasha’s helpful corgyn could be seen happily cleaning up the last crumbs from the floor in the house and barn. Some helpful guests would offer to wash a few dishes, put away tables and chairs, etc. and Tasha would gratefully oblige them. Once a little cleaning had been done, the guests would make their ways home. The night would end in good cheer, everyone tired but very happy, having thoroughly celebrated the arrival of Summer.