Winter evenings brought to Tasha a quiet expanse of hours between the end of evening chores and bedtime. After the dishes were washed, dried and put away, the goats and chickens fed and watered, corgis walked and the canaries' cage covered with an old grey apron to diminish drafts, Tasha sat in her wooden rocker with the blue wool checked blanket over the back, put her feet up on a chair near the cook stove fender, and wrote letters. She wrote to family, friends, publishers and people she had not met but whose lives and endeavors were of interest to her. 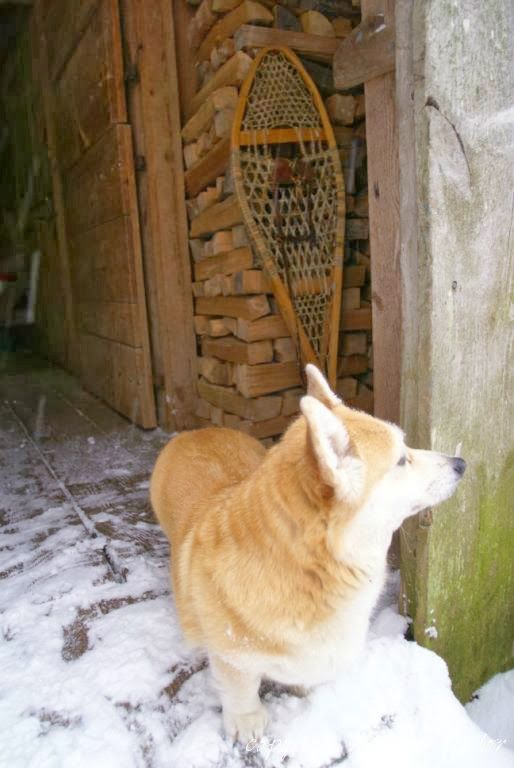 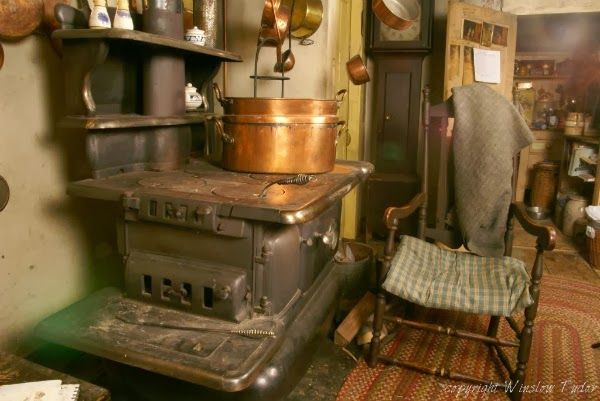 The corgis slept on the floor in the spacer between the back of the stove and the wall, nose pointed to the door that opened into the exterior hall. Even with the blue sand filled draft dodger against the bottom of the door some fresh air came through, bringing news of the night to the ever vigilant dogs. The cat was not as concerned, and spent her evenings on the black wool shawl on Tasha’s lap. She had “a good motor,” Tasha said, hand on the purring cat. 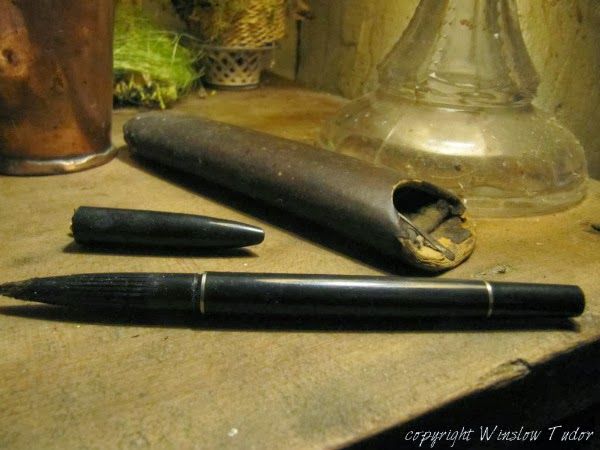 Tasha wrote with a black, fine tipped felt pen, and occasionally the same brand pen in blue. But, she said, she never did like to write or draw with the cap on the pen's end. She put the cap on the small red-brown square side table tucked between her rocking chair and chimney. On occasion the cap wound up on the floor and was subsequently discovered by a corgi, who quietly retired behind the stove again and just as quietly chewed it up. When that happened and it came time to end letter writing for the night, Tasha opened the side table's one small drawer, reached in among her eye glass case, extra pens, address book, art pencils, rolls of stamps and other inevitable inhabitants of such drawers, and located an extra cap from a defunct pen. She stacked completed letters in their grey envelopes against the glass base of the end table lamp. 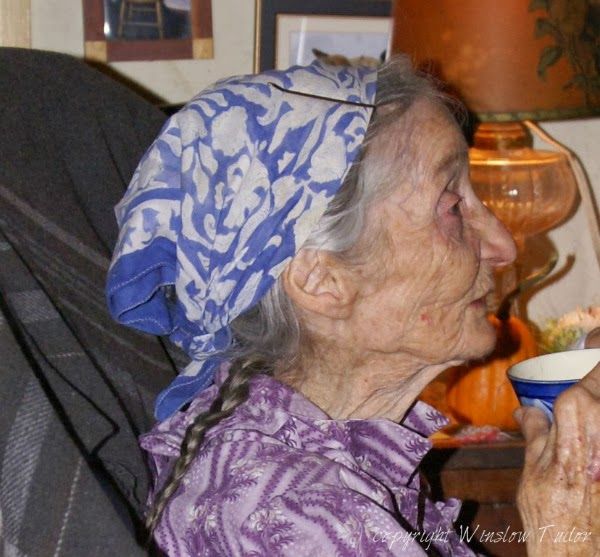 How many letters Tasha wrote during her life is speculation, though certainly it was in the many thousands. Tasha was unfailingly grateful for her fans and combined with an upbringing and background where she never thought of not replying or thanking someone, answered as many letters sent to her as she could. Of the letters she did write, a percentage no longer exist. But letters that were saved present with unique clarity Tasha’s life at that moment. Little sketches of projects she was contemplating, the weather, what was happening in her garden, or how her illustrations for a book were progressing? These letters bring the unique phrases and enthusiasm that defined Tasha. These letters let us visit with her again. The Tasha Tudor Museum is always extremely grateful to those people that donate letters from Tasha. It allows the increasing number of fans to understand and appreciate her to a greater degree. 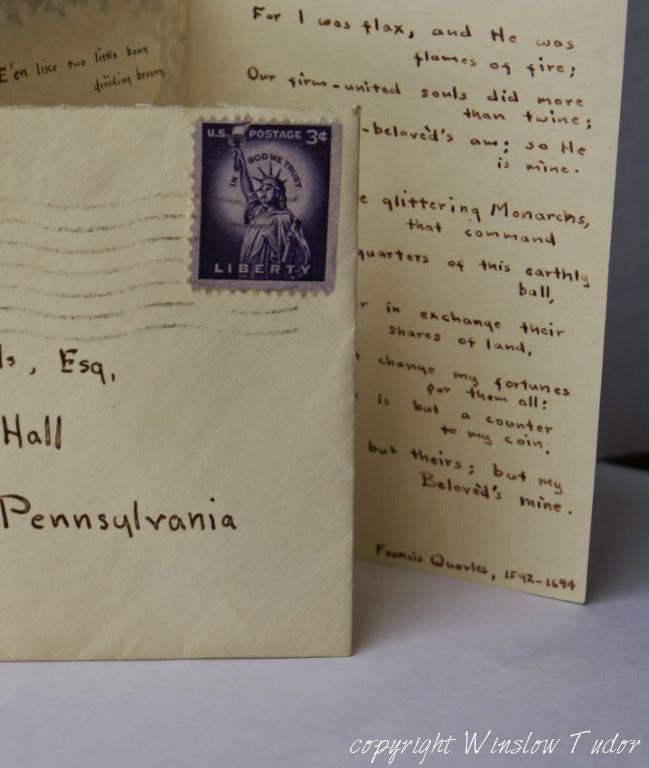